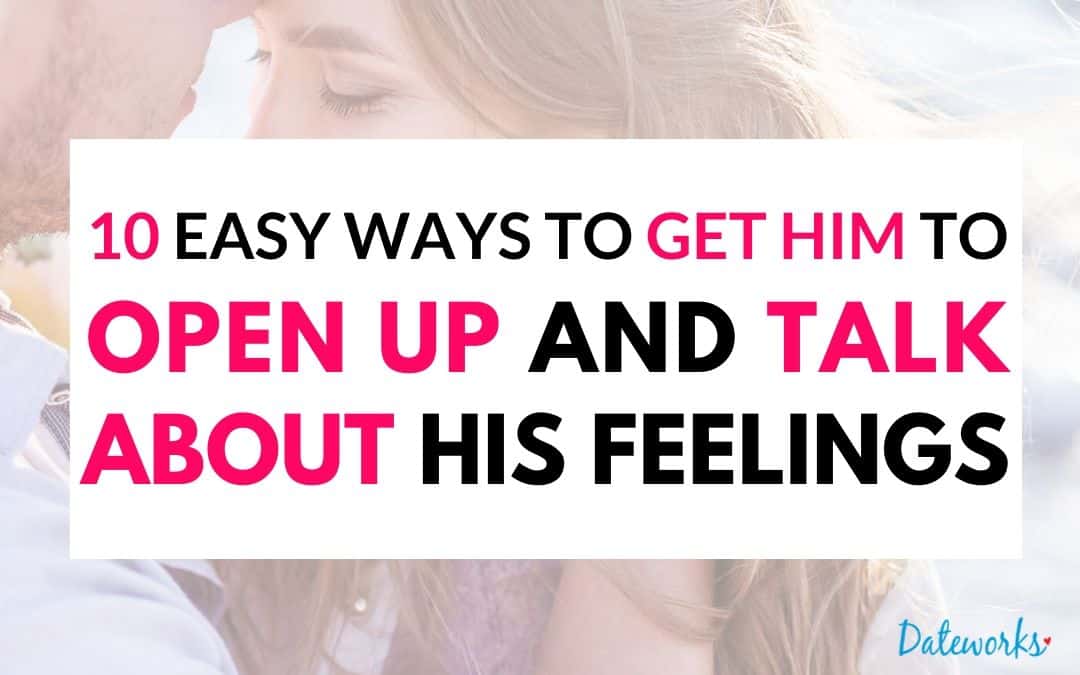 You’ve finally found a great guy. But now there’s a new challenge…how to get him to open up and talk about his feelings.

Knowing how your man feels is an important part of a healthy relationship. But getting him to open up and talk about his feelings can often be frustrating! I know sometimes it can seem as if you’ve tried everything. Yet, he still doesn’t open up and communicate the way you’ve hoped he would.

You aren’t alone. There are many women that struggle with this issue. And it turns out there’s good reason for that. Mostly, it’s because we approach our conversations with men as if they think like us. In other words, as if they communicate the same way that a woman does.

In taking this approach, we initiate our conversations with him in the best way that we know how. Then when we don’t get the reaction that we want (or expect), we label him as distant, emotionally unavailable or closed off.

But the truth is men aren’t like us. And they don’t approach communication like a woman would.

Men are wired and socialized completely differently from women.  So no matter how hard you try to get him to talk “your way”. He’s never going to take the same approach to sharing his feelings that you would.

But not to worry, there are ways you can get him to open up and connect with you. It’s all a matter of how you approach it.

In the past you did your best with what you knew. Today, you’ll learn a few new tools that you can put in your healthy communication toolbox. With my top 10 tips  to get your man to open up and talk about his feelings.

One thing that I see many women doing, (and I confess have been guilty of in the past), is assuming you know what a man is thinking and feeling. Assumptions that often have disastrous consequences that can result in resentment, tension and conflict.

Assumptions leave your partner feeling not heard or validated. So instead of him opening up, the opposite happens. He reacts by completely shutting down the lines communication all together.

If you want to him to open up, you must stop jumping to conclusions about how you think he feels. And instead approach your conversation with him, with an open mind right from the start.

2. Wait Until It’s A Good Time To Ask

As women we tend to be multi-taskers. But men are wired to focus on one thing at time. This means that if he’s already focused on doing something else. Asking him to change gears, and get into a conversation all about his feelings might not be possible for him in that moment.

If you’re not sure, you can simply check and ask, “is this a good time to talk?”.  If its not, try not to worry. Just simply ask “When would be a good time?”.

3. Give Him Space To Respond

Sometimes men don’t open up and talk about a particular issue, because they don’t have an answer for you right away. And what he needs is some space to think about how he feels.

If this is the case, and he says to you, that he needs to think about it and get back to you. Then he really means it. He’s going to actually think about it.

Some men can be very deep thinkers. So depending on the question, it could take anywhere from a few hours to a few weeks for him to have a response for you.

Men love to make a woman happy. And showing your appreciation is a way for him to get vital feedback from you about how he’s doing.

Everyone expresses how they love you differently. Therefore, its important to learn what each others top love languages (1) are. Once you understand what your guy’s love language is you can let him know that you appreciate his efforts.

Wether it be acts of service, like doing things around the house for you or taking your hand (physical touch). Or in the case of opening up and talking you can let him know that you appreciate him sharing with you.

When he knows that his efforts are appreciated, it will encourage him to open up and talk more often in the future.

5. Don’t Make Him Wrong For His Feelings

In order for a man to open up, he needs to know that he can trust you. That you won’t judge him, constantly bring up the past or make him wrong for what he’s feeling.

If your guy thinks that you have a right answer in mind. And that by him telling you how he feels is going to get him into trouble or cause a fight? Then most men would rather shut down and completely withdraw, than say anything at all.

If you want to get him to open up emotionally, he has to feel truly accepted for who he is.

Open the lines of communication by letting get go of any expectations of what you think he should say. And instead, approach your conversation in a totally open and non- judgemental way.

Many times when a high pressured, stressful or emotional situation comes up, a man will tend to automatically withdraw. When this happens it will be one of the hardest times to try and get him to open up and talk to you.

If you see that he’s withdrawing, and doesn’t want to express his feelings to you. Then the best thing to do is to be patient, and give him the space he needs to get his thoughts together.

Once he’s relaxed, and has had time to think things through. You’re much more likely to have the thoughtful conversation with him that you want to experience.

7. Talk About His Interests

Talking about his interests can be the first step to him feeling that you are safe space for him to open up with. So before you take a dive into the deeper stuff, lay some groundwork. By way of, getting him used to having conversations with you about all the things he’s already interested in.

Even if you find it somewhat boring, pay attention to what he’s saying. If you listen with curiosity, you might find yourself surprised what you learn about his feelings, and dreams for the future.

Ok, if you are one of my regular readers you’ll know that I usually recommend not playing games. But in this case, I mean actual games as in a shared activity together.

Traditionally many men tend to interact with each other and bond over sports or shared physical activities. This is another way that men take the pressure out of a situation and create a safe space to express themselves.

Try doing a fun physical activity that you will both enjoy. Go bowling, the driving range, a walk, mini golf etc. Soon you’ll find him talking and expressing how he’s feeling in a relaxed and comfortable way.

Sitting down for a face to face chat, and saying “Let’s talk” can often feel highly confrontational to a man. Which can make him emotionally closed off to you, before you’ve even started talking.

A better way to get him to open up, is by taking a less intimidating approach to your conversation.

Such as, talking as you walk side by side, or while sitting in a car. Taking this approach can help make a conversation feel less like of a “high pressure” talk and more like a relaxing conversation.

10. Get Him To Open Up By Being Curious and Patient

If your man isn’t used to being in a relationship, or has been shut down for a while, it might take some time for him to come around. It doesn’t necessarily mean that he’s emotionally unavailable (2) or holding back from you on purpose.

Everyone has their own attachment style (3), way of communicating and love language. So he might not share as fast as you do or want him to. It doesn’t mean that he never will.

Practice patience and curiosity. And give him the space that he needs to open up and feel safe talking to you.

What Makes A Man Open Up To A Woman

A man will open up to a woman when he trusts her, and feels comfortable and accepted being his authentic self with her. Men also thrive on appreciation. So if a woman can show him that she appreciates him and his efforts to communicate and open up to her. He will be even more likely to share his true thoughts and feelings with her.

How To Get A Guy To Open Up About His Feelings

Understanding how to get a man to open up and talk about his feelings can take some work. As well as, a shift in understanding ourselves and how communicating with men really works.  In the end, it’s important to keep in mind that healthy communication is a two way street. But with the right steps and the desire for you both to have an amazing relationship, the possibilities are endless.

Captivate Him with these 7 Subtle Flirting Moves That Guys Love

12 Ways To Attract An Emotionally Mature Man (For a Relationship) 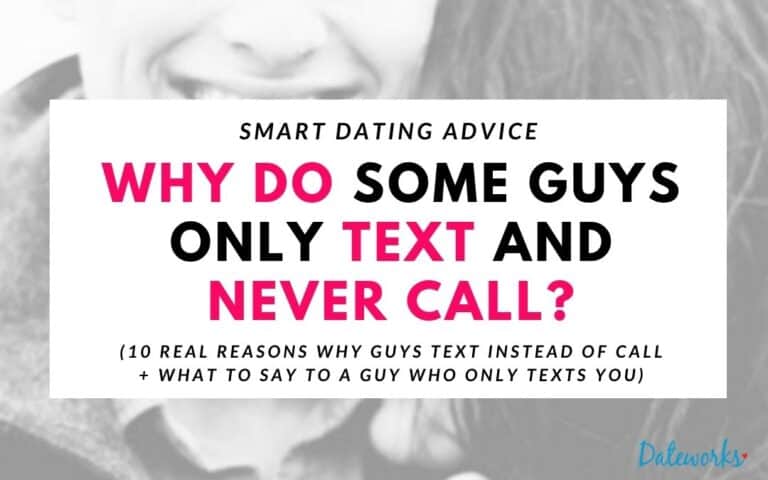 Why do some guys only text and never call? 10 reasons why some guys text instead of call. What it means and what to say… 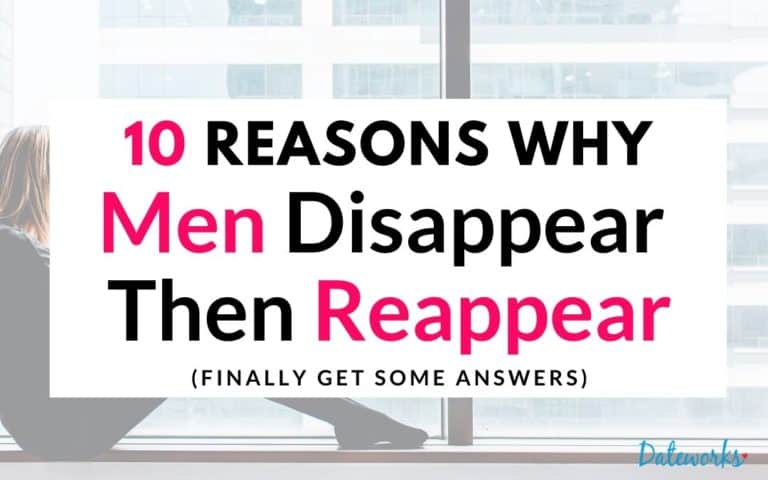 Why men disappear and reappear has to be one of the most confusing parts of dating. Just when you think the dates are going well,… 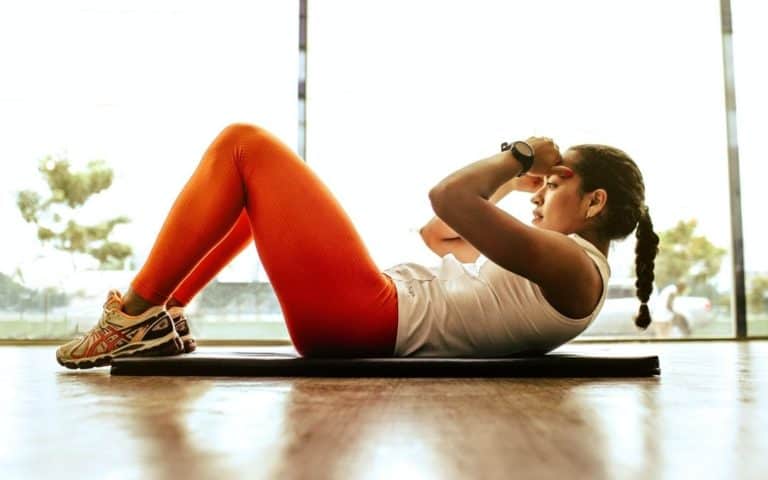 One of the best ways to have a full dating life is to incorporate meeting new people into your everyday routine. Great places for this… 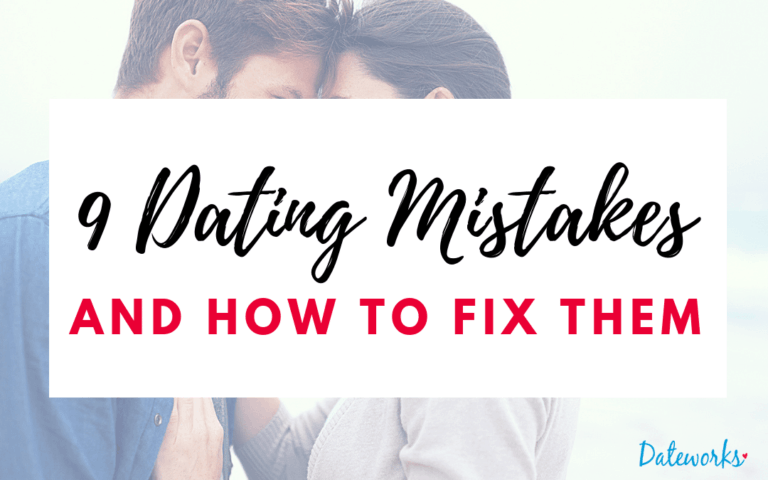 Looking For Love? If you been struggling to find love you might be making a few mistakes that you aren’t even aware of. Find out the 9 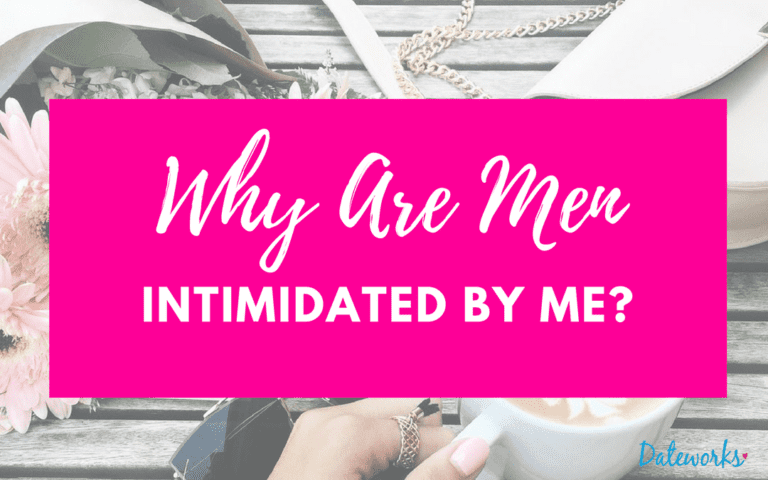 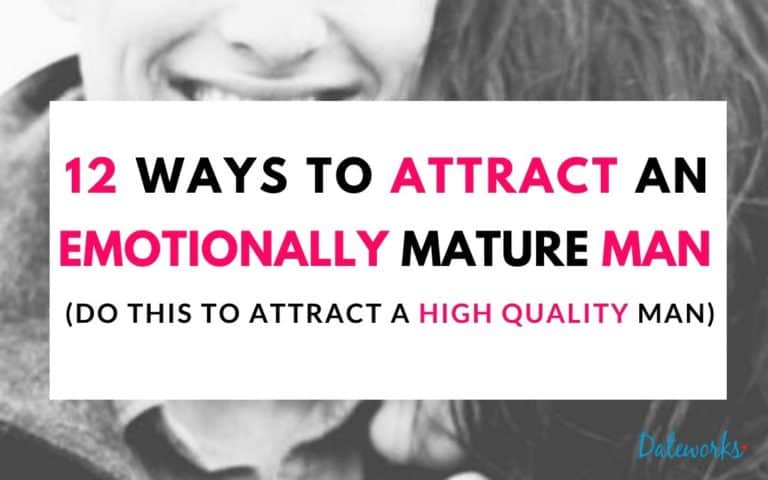 Do you ever feel like meeting an emotionally mature available man is pretty much impossible? Or if you do meet one, it’s hard to actually…

Love Life Coaching For Smart Singles Master dating confidence with the smart dating tools and strategies, that take you from “Hello” to being in a deeply committed and passionate relationship of your dreams. Contact Us:  deanna@dateworks.ca