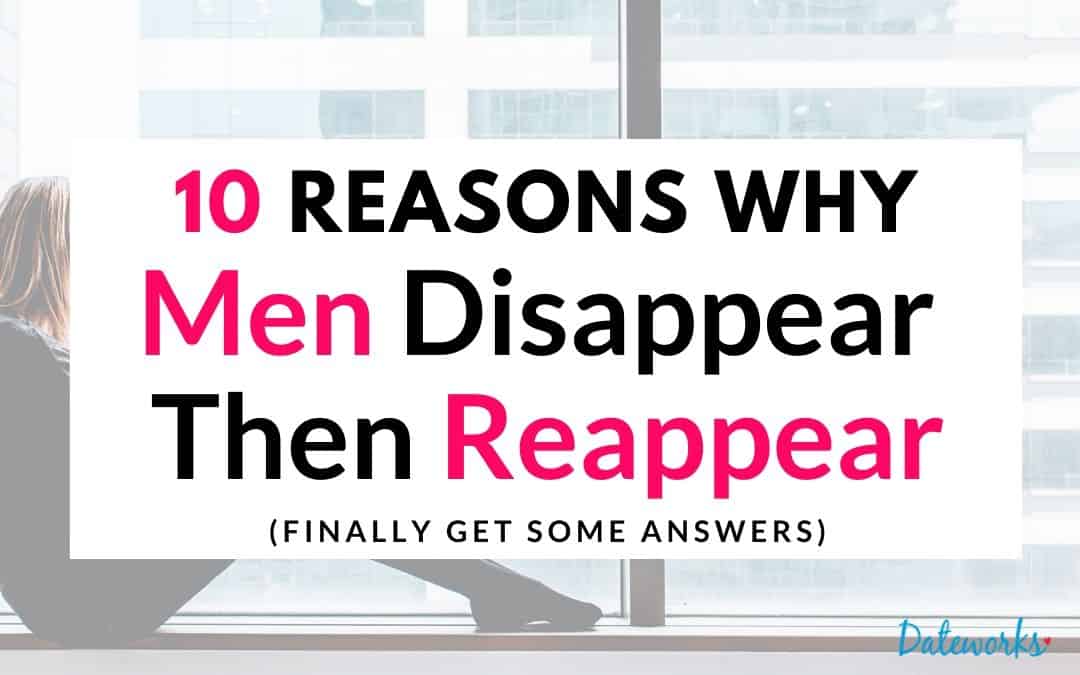 Dating multiple people is common practice these days. And unfortunately vanishing and then reappearing again is one of the ways that some men manage dating several women.

If this is the case, it could be that he had you in his rotation, but then got distracted by someone else. Then when that didn’t work out he decided to contact you again.

If you’ve only had a few dates, it can be frustrating but all might not be lost.  Depending on the circumstances, he still might be worth connecting with again.

Just make sure that you let him know what your expectations for communication are to avoid any future miss steps.

The bored guy reappears again because he’s been sitting home alone with nothing better to do. He decides to send out multiple “Hey Stranger” texts. Just to see who bites and what kind of attention he can get.

3. He Needs You To Validate Him

He could be reaching out because he needs a little ego boost. And he figures the best way to do that is by getting his validation from you.

I often find that this is one of the worst types of the reappearing man. Because even if he has no desire to commit to anyone or let’s be honest, even set up a date. He’s usually pretty good turning on the charm and endlessly leading you on.

Once in awhile, a man will vanish if he feels like things are moving at quicker pace than he expected them too. Then once he gets some space it gives him a chance to re-evaluate the situation. Sometimes realizing that he’d pulled away from you too quickly.

If you think this may be the case, it’s best to ask to get some perspective for yourself.

For exactly what to say to him read my post here > What do when the disappearing man comes back.

Sometimes people just get lonely. They miss the perks that come with a relationship, so they reach out to try and make a connection.

Unfortunately if a man is reaching out to you again because he’s lonely, it still doesn’t mean he wants anything serious with you.

Many times it’s not much more than a temporary solution to his loneliness. And as soon as something he considers better comes along, he’s gone again.

Just because a guy seems to really like you, doesn’t mean that he’s relationship ready. Some men just want to date multiple women and have fun. Which is not a bad thing, as long as he’s upfront about it and you’re ok with it.

Where it can become a problem is when the guy dates multiple women but isn’t honest with you about it.

He’ll disappear and reappear with a charming little text. And you find yourself making excuses for him. He’s busy with work or things will change “some day when”.

Unfortunately, what’s really happening is he’s got you simmering on the back burner. And more than likely things will never really change, the way you hope they will.

He’ll keep stringing you along, aka “breadcrumbing”(1) you with his charming texts for as long as he feels like it. Assuming that you’ll be there and available for him anytime he wants.

If you think this might be what’s going on with him, do yourself a favour and stop living on his crumbs. You deserve so much better.

7. He Wants A Booty Call

Men spend a lot of time thinking about sex. And its often easier for them to reach out to someone they’ve spent time with to scratch that itch. Over putting in the time and effort it takes to connect with someone new.

It could be that he’s been thinking about how he disappeared and is now feeling badly about how things ended. No, it doesn’t necessarily mean that he wants you. It could be more like a cleansing thing.

Maybe he had an eye opening conversation with his mom, sister or a female friend. And realized what a crappy move it was when he just vanished without a word.

He doesn’t want to be seen as “that type of guy”.  Now he’s reaching out to you so he can say to himself that he’s a good guy. Because he made an effort to clear the air and smooth things over.

9. You’re Just Not A Priority For Him

Perhaps he’s multi-dating, perhaps he went on vacation, or he’s busy with his career. There could be a 1001 reasons why he disappeared and then reappeared, but basically the bottom line is…

He’s just not that into you. You’re not a priority for him and most likely, never will be.

I know that this sounds harsh! No one likes to hear that they aren’t a priority.

Especially if you really like the guy. But isn’t it better to know now?

Over being strung along, living on the crumbs and scraps he throws your way?

There are good men out there that will make you a priority. That will adore and cherish you. But you’ll never find them if you keep letting the disappearing and reappearing string you along.

Yes, this can happen.

But honestly? In the case of the disappearing and reappearing man where you’ve only had a few dates or barely know each other? It’s not the most likely scenario.

In fact, I would say that in my experience, 95% of the time, it’s highly unlikely that he’s reappeared again because he wants a serious relationship.

But here’s a few things to look for to gauge if he’s potentially serious about you or not. Please keep in mind that this won’t guarantee you that he’s genuine. But it will give you a place to start, to see if he’s actually worth your time.

If you would like an idea of exactly what to reply to him when he texts you, please feel free to check out this article and scroll down to #6.

1. When asked does he give you a reason why he vanished?

2. Does he say he regrets what happened?

3. Does he seem remorseful and say that he wants to make it up to you?

4. Does he seem sincere?

5. What are the chances that he’d disappear again?

6. What is that little voice in your head saying to you?

7. What’s your body saying to you? Do you feel like you can trust what he says? Or is there a pit in your stomach?

From here you want to set boundaries and have clear, open and honest communication.

At the end of the day…

It’s important to remember that even the good guys do things that we don’t always understand. It’s not always because they are a player or a user. Sometimes its just because that’s what they were ready for at the time.

Sometimes its because they can. Because you keep allowing them to keep popping in and out of your life with little or no consequences.

In the end, analyzing the reasons why men disappear and reappear (2) to death is only going to waste your time. If you really want to know you can always ask him. Though some men will do anything to avoid any kind of drama (3). So even if you ask you might never find out the real reason why.

The truth is sometimes you just have to let go of the reason why and just move on with your life.

Looking for love involves taking chances, but at some point you must be realistic about how this guy is treating you.

And realize that if he vanishes, he might actually be doing you a favor.

Because the kind of men that disappear and reappear again? They aren’t usually the emotionally available relationship ready man that you want or deserve. The right guy, won’t just vanish into thin air. He will put in consistent effort to developing your relationship. He will treat you like a priority, and not just another option.

What To Read Next – Understand Men & Date With Confidence 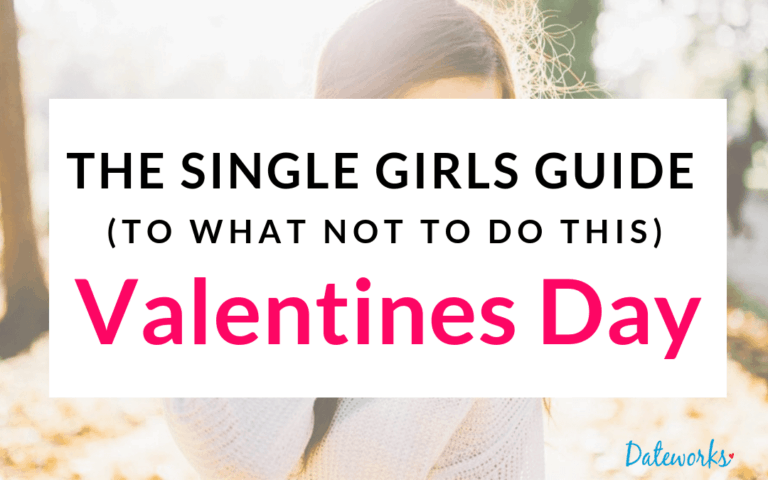 It’s that time of year again. February 14th is just around the corner and suddenly it becomes painfully obvious. You’re still single and everyone around… 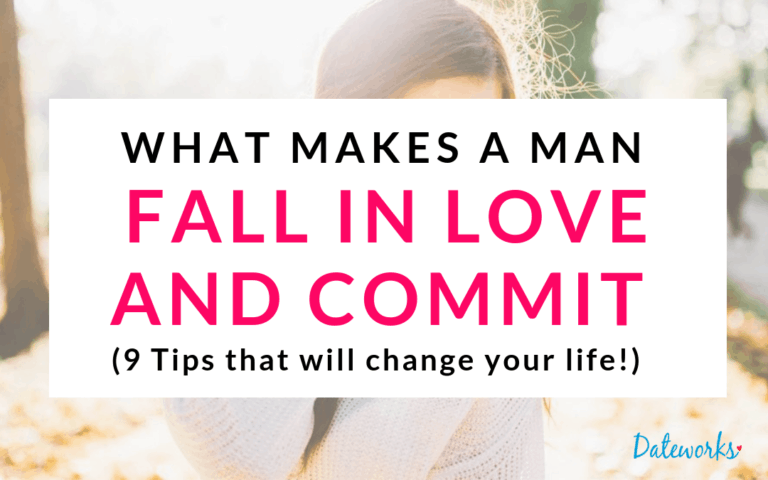 What makes a man commit and fall in love: 9 key things you need to know to make him fall for you as quickly as… 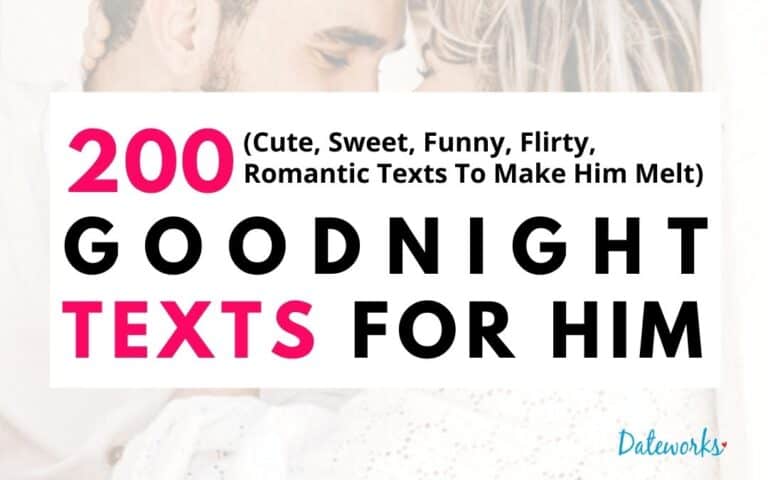 200 Cute goodnight texts for him. Text him goodnight and wish him sweet dreams with the best goodnight messages that are cute, flirty, funny, sweet… 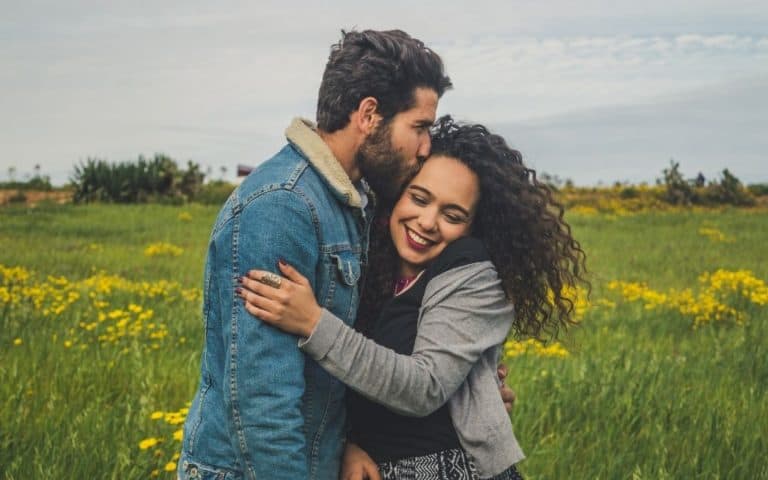 Have you been online dating with no results? Wondering why you aren’t getting any messages or replies? Writing about yourself isn’t easy and writing for the competitive world… 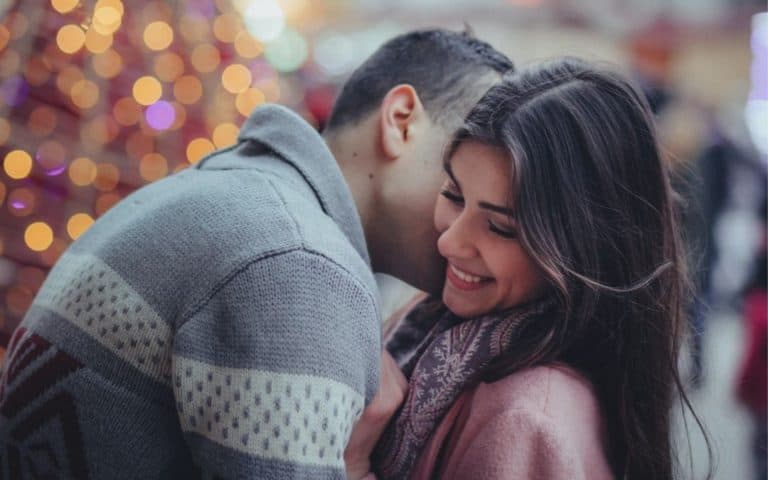 Celebrate winter in Vancouver with these 7 fun and festive date ideas. 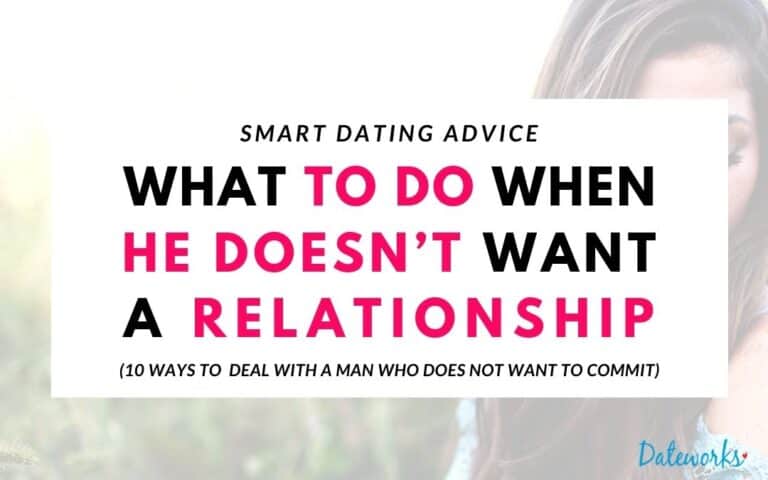 If you don’t know what to do when he doesn’t want a relationship then start here. With 10 things that will save you from getting…